The old adage “if the only tool you have is a hammer, everything begins to look like a nail” can also apply to language. If our language is linear and static, we will tend to view and interact with our world as if it were linear and static. Taking a complex, dynamic, and circular world and linearizing it into a set of snapshots may make things seem simpler, but we may totally misread the very reality we were seeking to understand. Making such inappropriate simplifications “is like putting on your brakes and then looking at your speedometer to see how fast you were going,” says author Bill Isaacs.

Causal loop diagrams provide a language for articulating our understanding of the dynamic, interconnected nature of our world.

Causal loop diagrams provide a language for articulating our understanding of the dynamic, interconnected nature of our world. We can think of them as sentences that are constructed by linking together key variables and indicating the causal relationships between them. By stringing together several loops, we can create a coherent story about a particular problem or issue.

Following are some more general guidelines that should help lead you through the process: 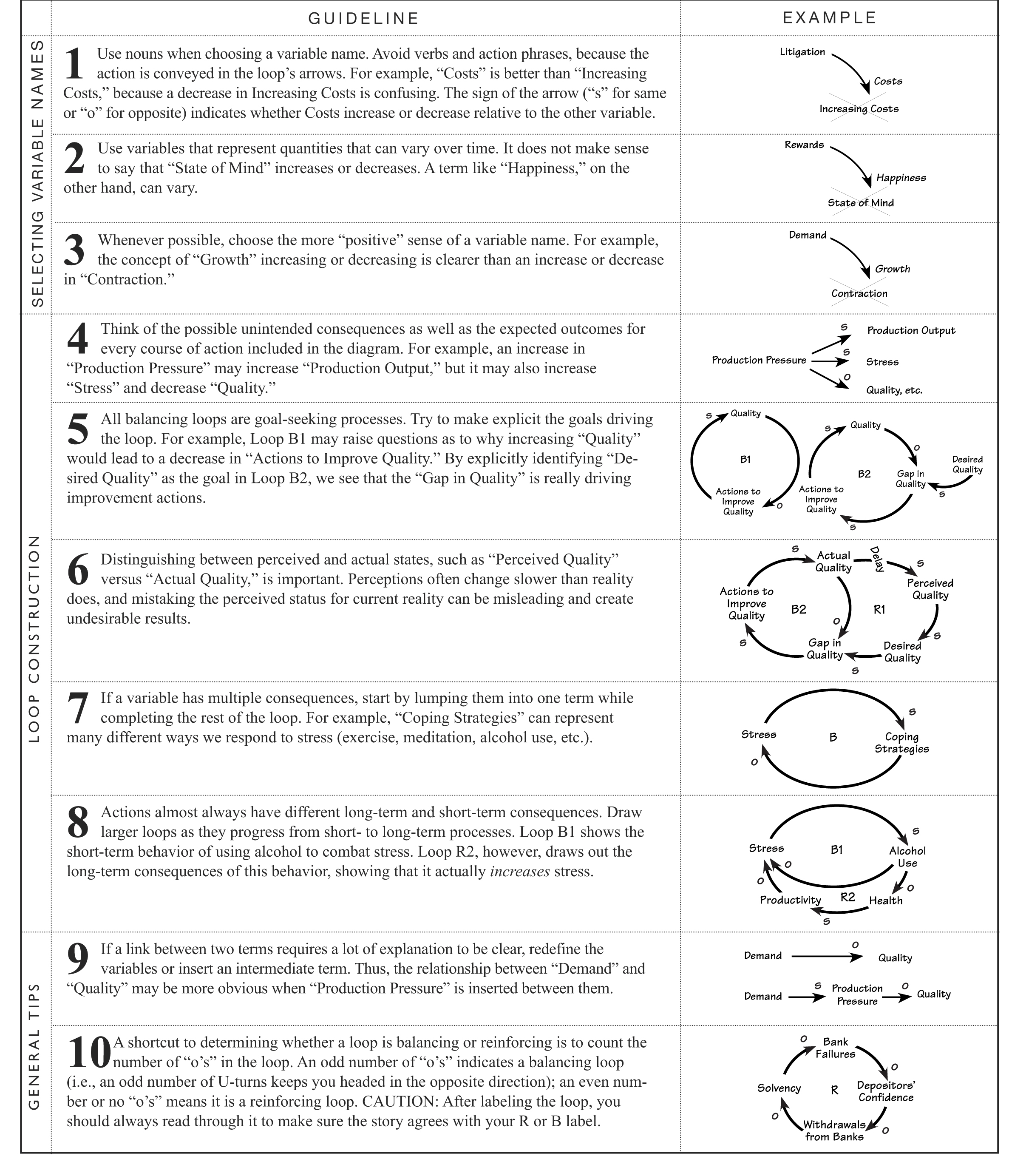