Perhaps the most prevalent and accessible form of systems thinking for people new to the concept is the vicious cycle. Examples:

Look in magazines, newspapers, and current events websites for examples of vicious cycles. Keep your eyes open for phrases such as “It just keeps getting worse,” “downward spiral,” and “self-fulfilling prophesy” (from the “Systems Clues in Everyday Language” pocket guide by Linda Booth Sweeney).

Although people are easily caught in vicious cycles, they often do not see these cycles as endless spirals and do not know how to escape the dynamic.

One easy way to identify vicious cycles we are caught in is called “doom looping,” originally developed by Jennifer Kemeny. Doom looping has four steps: 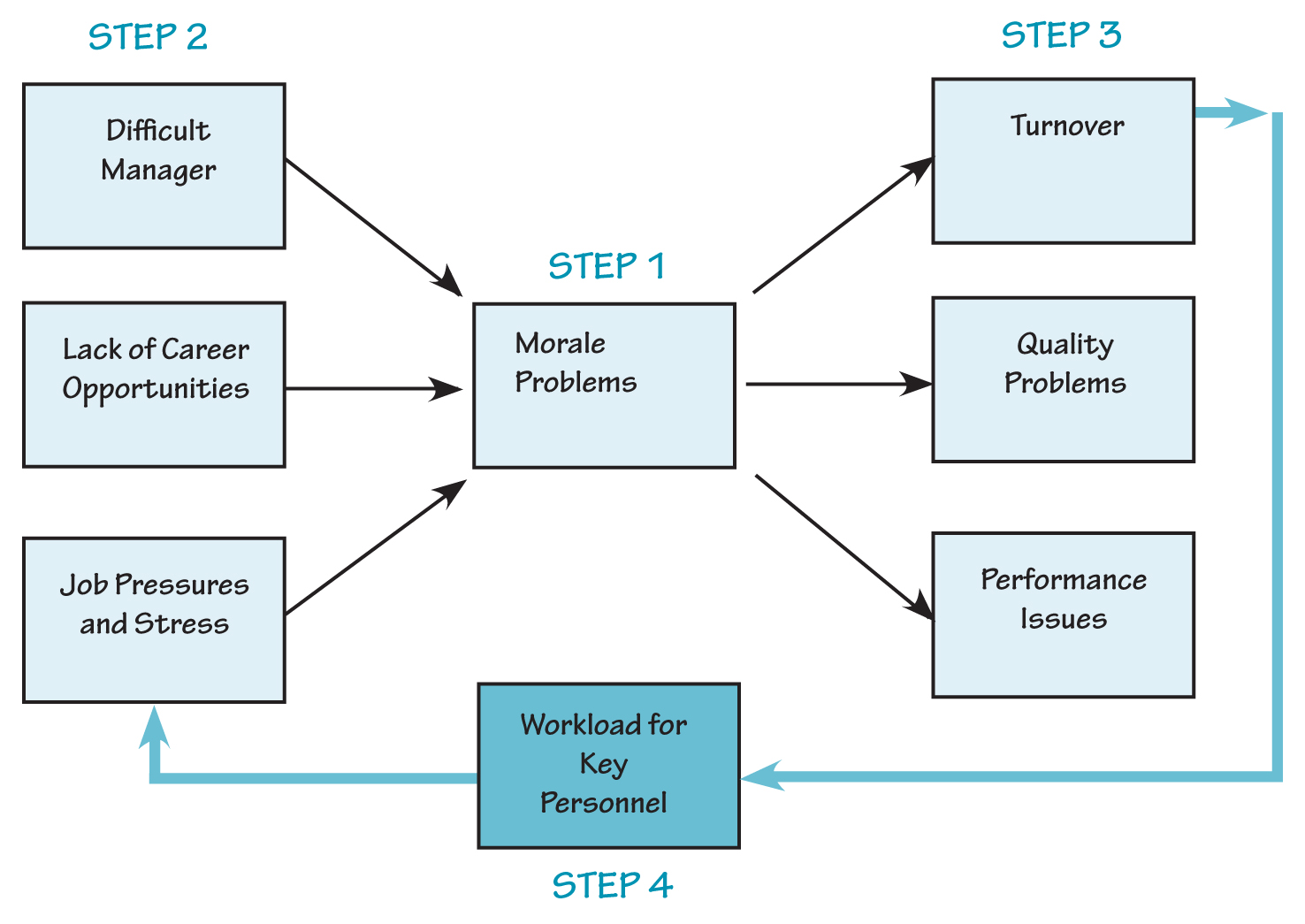 One easy way to identify vicious cycles we are caught in is called “Doom Looping.”

Once you have identified a vicious cycle, you can look for where to break the cycle and ideally transform it into a positive engine of growth. This involves four steps:

Example: If a vicious cycle is created when people use a quick fix to reduce a problem symptom, draw the “Fixes That Backfire” (also known as the “Fixes That Fail”) archetype, and apply interventions for producing a sustainable solution (see, for example, Systems Archetypes Basics: From Story to Structure by Daniel H. Kim andVirginia Anderson, Pegasus Communications, 1998). If one or more vicious cycles increase dependence on a quick fix and undermine your ability to implement a more fundamental long-term solution, show the “Shifting the Burden” archetype and use interventions designed to support this solution.

Other dynamics where vicious cycles tend to dominate include:

In sum: Identifying vicious cycles is often a great place to start applying systems thinking to chronic, complex problems. At the same time, people can often gain richer insight and even greater leverage by testing for and depicting the systems archetypes that produce these cycles.

David Peter Stroh is a principal of Applied Systems Thinking and founder and principal of www.bridgewaypartners.com. David is an expert in applying systems thinking to organizational and social change. You can contact him at dstroh@appliedsystemsthinking.com.