Why is it so challenging to develop systems thinking ability? It’s because thinking systemically involves a rather large number of different skills—seven, at least—that all require practice. 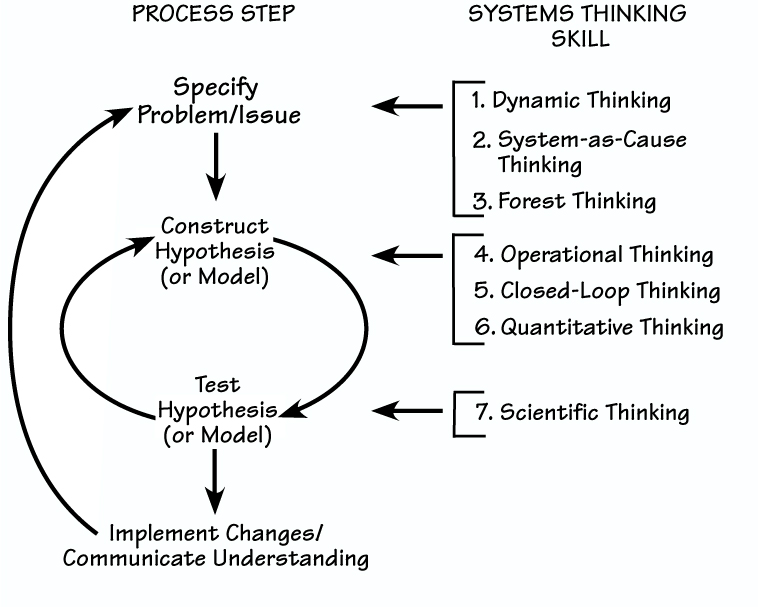 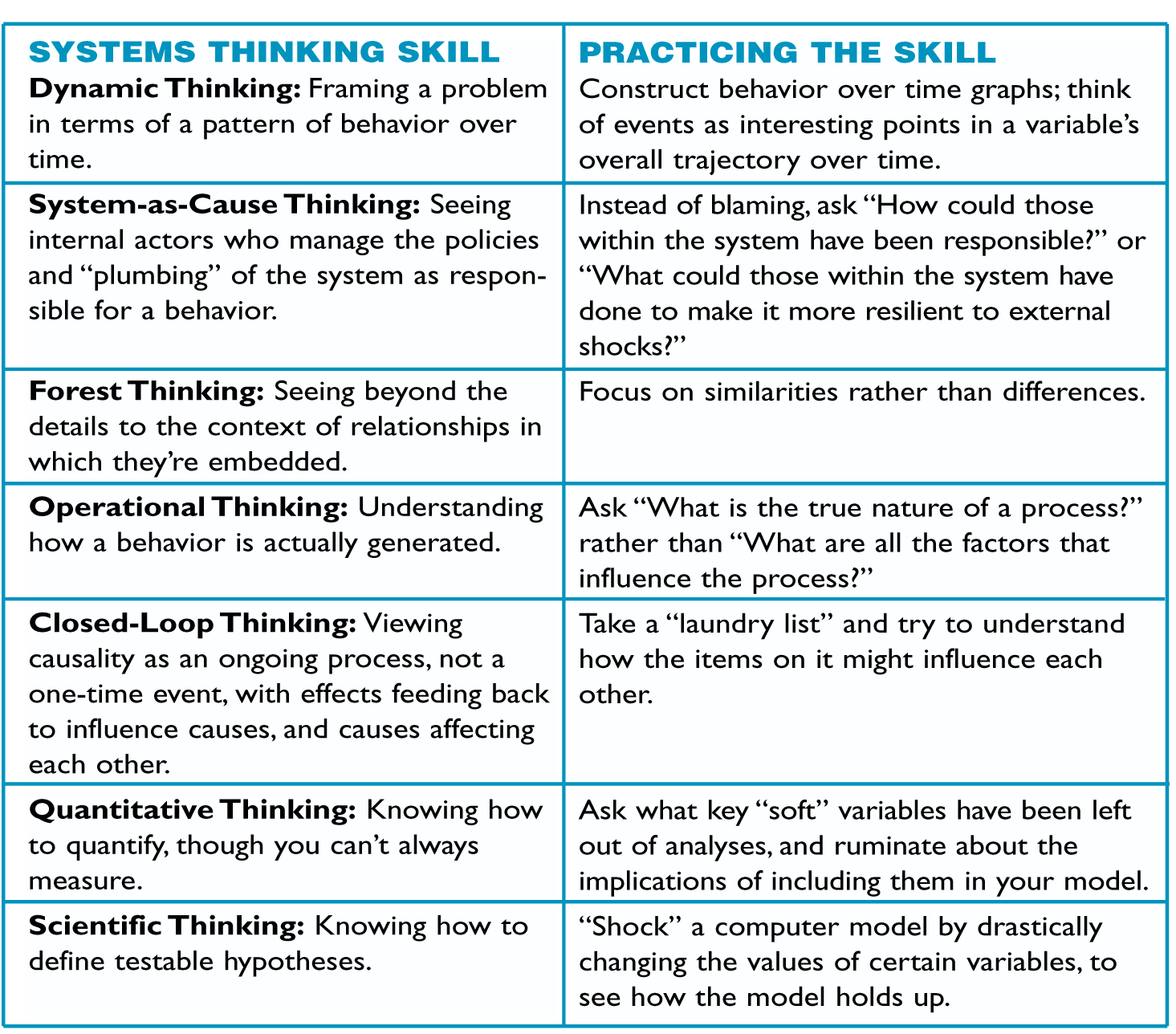 EXAMPLES OF THE SKILLS IN ACTION

Dynamic Thinking: A marketing manager notices that sales rise after every promotion but then fall to a lower and lower point each time. In fact, sales are now at an all-time low. The manager has some ideas for improving the situation, but she’s prepared for things to get worse before they get better. She also knows fixing the problem could take a good amount of time.

System-as-Cause Thinking: A sales manager in an information systems company realizes the value of the relationships between the company’s account executives and the operating managers in client organizations. He knows his company can control the quality of those relationships by allocating time to the task. This variable—along with price and innovativeness of services—thus constitutes a powerful source of leverage for shaping the firm’s future.

Forest Thinking: During the height of the Christmas shopping season, several subway trains in metropolitan Boston break down. Rather than merely fix the trains and issue a public apology, a senior official widens his view to the general relationship between the average age of the subway equipment and the likelihood of breakdowns. He then puts a process in place for systematically monitoring the age of equipment and initiating maintenance and new investments to keep breakdowns to a minimum.

Operational Thinking: A senior VP of a rapidly growing technology company notices her organization’s HR department has an unusually high ratio of HR staff to company headcount— compared with industry benchmarking standards. She wonders whether something is wrong. However, her simple operational model reveals that demand for HR services actually depends on the rate at which the company’s headcount is expanding—and so her company’s ratio is perfectly appropriate.

Closed-Loop Thinking: An HR manager realizes that downsizing reduces costs and therefore raises profits in the short run. However, in the long run, the policy feeds back on itself in an undesirable way. Downsizing also decreases morale and therefore productivity—which raises costs, lowers profits, and inspires yet another round of staff reductions.

Scientific Thinking: A model builder tests the face validity of her model by determining whether the model’s structure matches the reality that the model is intended to represent. She also tests the robustness of her model by subjecting it to extreme conditions, and observing whether it breaks down in the same way the real system would break down under similar conditions.